In 3rd year uni I had a knee reconstruction right before my mid-year exams. The heay load of study combined with strong painkillers meant that the familiarity and easy reading of Harry Potter was about all I could cope with in terms of leisure activity. I read the whole series through three times. (I’m pretty sure it was three… might have been five though…) I began to think that I knew the whole thing off by heart. Although, to be fair, even before that reading spree I knew the series fairly well.

I was given the first two books for my birthday (tenth, perhaps), we bought the 3rd soon after, and the remaining 4 as they came out. Each time a new book came out I read it all the way through, without pausing, before passing it off to one of my siblings or parents. Along with this quick read through, my parents also started a tradition whereby we read Harry Potter at dinner time. Every night, after tea, a chapter or two would be read aloud. My mum read most often but I think all of us read sometimes. We kept this up until Deathly Hallows, when dinner was not a consistently five person affair.

And so I say that the Harry Potter series are my favourite books. I’ve never thought, before now, that I had a favourite book. A year or two ago I tried to decide and came up with a list that included Ender’s Game, Sherlock Holmes and Anne of Green Gables. It didn’t include the Book Thief but only because I hadn’t read it yet. So what changed my mind?

I have just spent a year without Harry Potter books. I moved to Perth and let my Harry Potter books remain with their set in Adelaide. And I have missed them terribly. Numerous times in libraries and bookshops I’ve swooned over them and wanted to take them home with me but something always stopped me: a new book I’d been recommended, or the fact that I’m meant to be saving money… whatever. Yesterday I gave in. Yesterday at the library I decided that I had missed Harry Potter for long enough and I was going to read them all again. Of course the library didn’t have Philosopher’s Stone in so I had to pick up Chamber of Secrets instead but no matter.

In memory I’ve always thought of Chamber of Secrets as the weakest of the books (certainly the weakest of the first 3) but it just made me so happy. I don’t know if I can really explain how happy I was to go back and remember it all. Nonetheless I am now convinced that Harry Potter is my favourite and possibly will remain so forever.

There are only a few weeks until I go away and I have a lot to do before then. Each day seems to stretch out forever though and no matter how much time I seem to waste my work is progressing at such a rate that I will finish it all on time. This week has lasted forever and yet I can’t really believe we’re almost at the end of July. Is this what growing up is all about? The nonsensicalness of time? Who knows.

Mid-week I was panicky that I hadn’t done enough work and everything was falling apart. At the end of the week I can look back and see that actually this week was quite successful. Now how do I manage to stop myself from panicking next week when I’m sure it’s all falling apart again? If anyone has worked this mystery out, please let me know.

In any case, here’s to a relaxing weekend, folks!

Do you ever go to your bookshelf to pick up a particular book and realise with sudden shock that you don’t own it?

Well perhaps it has never happened to anyone else but it happened to me today. I wanted to skim through Pride and Prejudice to check something. Note: I wasn’t even going to read it because I’ve read it so many times, I just wanted to check a detail. I was sure I owned it. If anyone had asked me this morning which Austen books I own, I would have listed it. But then, as I tried to recall the physical book I realised that I’d read several different copies of it: one a large print from the library, one a small print from the library, one on my kindle* and one on wikisource. How had this happened? More importantly, how was this not the first time this had happened? A few months ago I looked for Ender’s Game and realised I didn’t own a copy of that either.

Anyone got any other suggestions?

Today was beautiful. It was one of those days which makes me wish I could take Perth’s weather with me wherever I go for the rest of my life. It’s almost exactly midwinter and today was 23C and sunny. Infact, it’s still warm now at 6pm.

We went adventuring in Ikea today. The plan was to buy a cheap bookshelf but we didn’t like any they had on offer and bought two candle holders, 4 blocks of chocolate, and lunch, instead. The candle holders were only 75c each so we spent the most money, by far, on food.

Fortunately we decided to take a wander around the area and found a couple of op-shops nearby, one of which contained a stock standard white bookshelf (which was originally from Ikea) for $20. I’m considering doing something interesting to brighten it up (spray paint, decoupage… I don’t know) but in the mean time we’ve loaded it up with all our books. The strangest thing about today was the realisation that we don’t actually have very many books. They’ve been piling up everywhere recently but ordering them seems to have diminished their magnitude…

Anyhow, I hope you’re all having a lovely weekend. 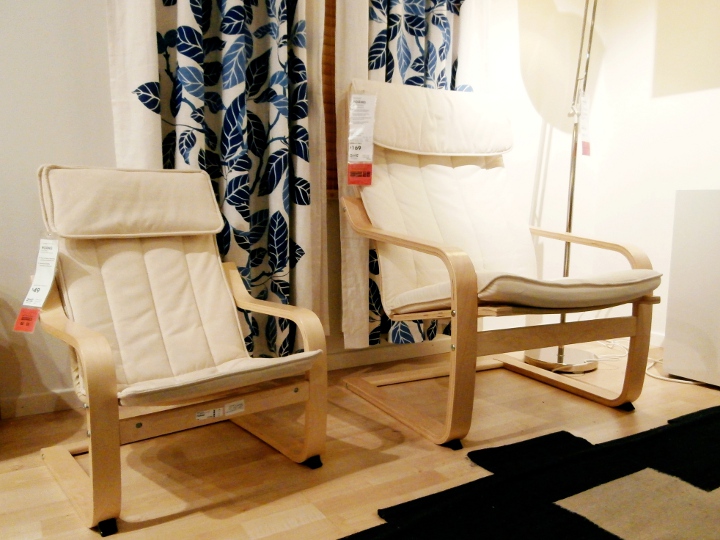 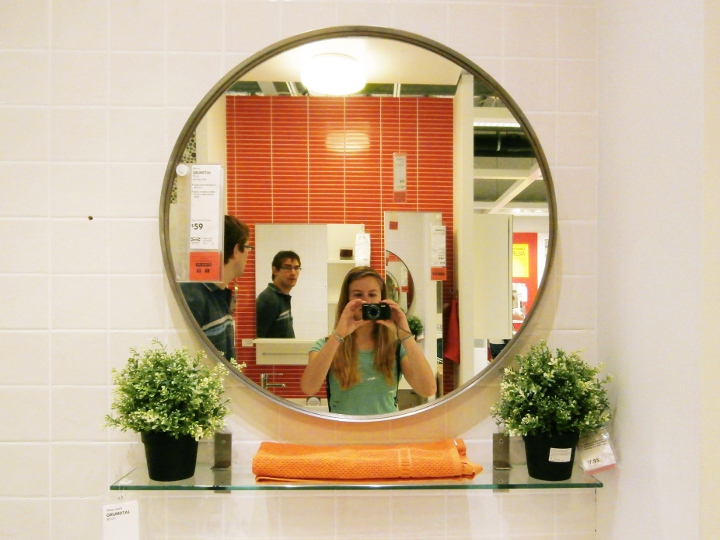 Yep. That is all.

I don’t really mean to be a book review site because I prefer reading books to writing critically about them. Nonetheless, I read The Last Dragonslayer by Jasper Fforde and it’s a pretty amazing book so I thought you all should know. I really like Jasper Fforde as an author but I’d never read anything he’d written specifically for YA. This one definitely felt more like it was aimed at middle grade or YA but his humour worked just as well. I feel like most of his books are equally accessible to adults and teens, though, so it wasn’t too surprising.

One of my favourite things was the creation of a world in which people are judged by their maturity and so the main character was considered mature enough to get a drivers licence at 13. I always wished I could be judged purely on my maturity, rather than my age, so it was just the kind of idea that made me smile.

I loved the main character and her side kick. I loved all of the bit part characters. I really just loved the whole thing.
Yep. That is all.

I’ve noticed that, since I’ve grown up, a lot of good things come with work and responsibilities attached.

From those who have been given much, much is expected.

I’m going to a conference in Italy, now I need to prepare a talk.

I’ve finished writing my book, now I must edit.

I was given the funding to go overseas, and a reminder that I need to hand in my confirmation of candidature.

Every new door marks responsibility and celebration – we need to remember both.

Yes, that is my uni. How pretty is it?

I like a big stage. I love to perform and my favourite way to experience a crowd is from the stage. But there are times that I have trouble with speaking in front of people and I’ve been called shy more than once. I get nervous when I’m not given time to prepare or when something is so casual that I’m not even expected to have prepared for it.  In middle school the idea of being in a conversation with five people was incredibly stressful. I was always stuck for things to say and terrified I would say the wrong thing. Speaking in front of the whole school would have been a much easier task. It could be the adrenalin of the situation, or maybe it’s that you don’t need to make eye contact with anyone, but there is definitely something about being on stage.

I know I will need to constantly remind myself to stop, breathe, and remember that one person’s opinion of my opinions will not destroy my life. 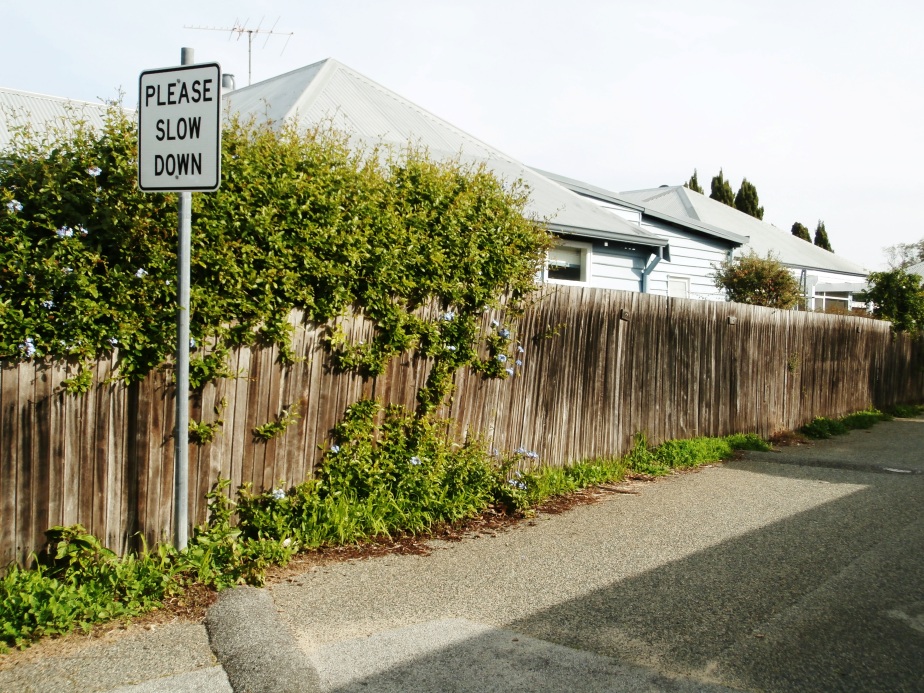