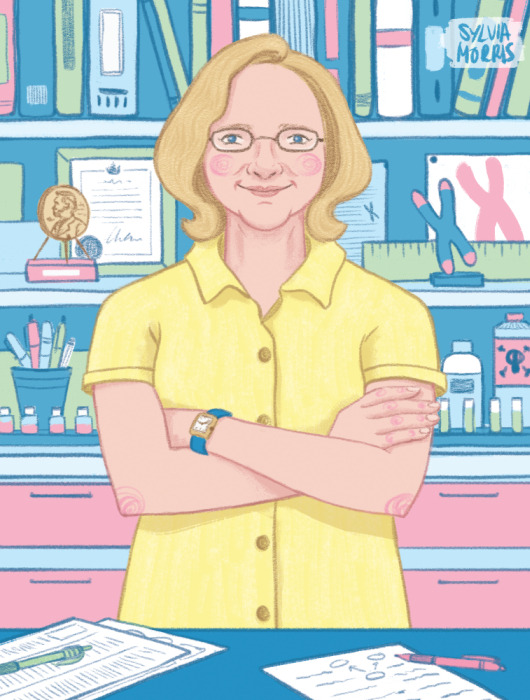 The second person I got to illustrate for Penguin Random House’s Shout Out to the Girls (coming out in Feb/March 2018) was Elizabeth Blackburn.

In the mid-80s, she co-discovered telomerase, which is an enzyme associated with ageing. For this research she was awarded 2009′s Nobel Prize for Phsyiology/Medicine, along with Carol Greider and Jack Szostak. She was also appointed to, and then kicked off, the President’s Council on Bioethics – it seems George W Bush didn’t like her ethics…

Anyway, she seems like an all-round pretty cool person, and she’s still working as a scientist in the US, so go forth and be inspired 🙂