This piece is fan art of Lian Tanner’s Museum of Thieves. Goldie, the main character, is just about to venture forth into her new life as a runaway. She’s a determined kid, but she’s just spent all day crying, and is alone for the first time in her life.

I really wanted to capture the city as an imposing secondary character, and to include the Great Hall as an obvious focal point, looming over the scene. I settled on a close-up view of Goldie, so I could show her expression, and the (plot-relevant) ribbon around her wrist.

Stylistically, I tried to call on middle-grade illustrations I love. From Helquist to Riddell, I find there’s a common thread of stylised but rendered. That is, things don’t necessarily need to be fully realistic, but they should have a sense of solidity, of depth and detail. You want to feel that the world continues beyond the pictures. 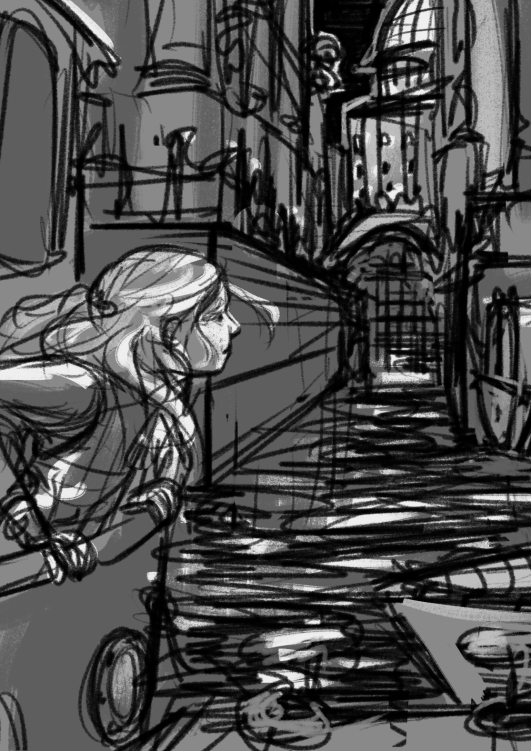 From there, I collaged the picture together – painting and drawing bits and pieces, scanning them in, and layering them up. I’ve been trying really hard to bring my ‘sketchbook style’ into complex finished pictures, and collaging is what’s working best at present. The scan below is what I used as a guideline for various elements. Other parts of the picture (like Goldie herself) were drawn almost entirely digitally. And, yes, that hair was super fun to draw.

For fun, and because I’ve been told I really need to show I can work in vignettes (more on that in a later post!), here’s a quick alternate version with just Goldie and the boat: 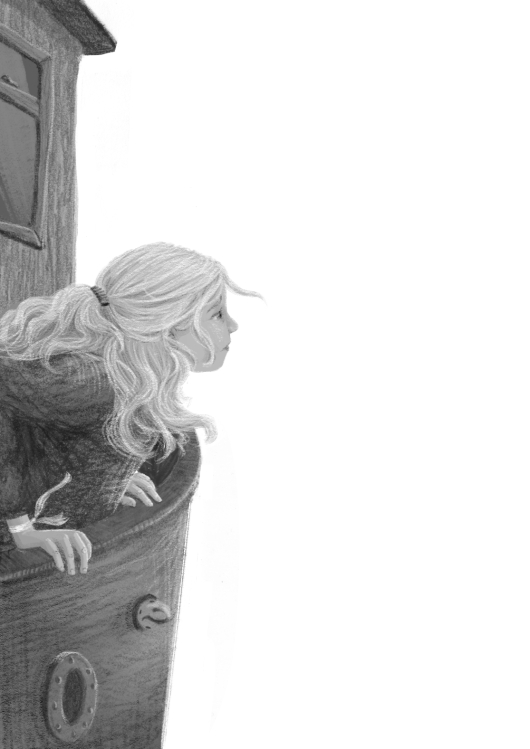 Have a nice Sunday, friends, and expect some more blogging sometime soon 🙂